Something I learned recently, was that when I'm really busy, I'm less inclined to write blog posts. But something I'm trying to learn (and let's face it, I've been trying all my life) is to have the discipline to stick to important routines that I've committed myself to. And apparently, blogging monthly is one of them. This month's #glamblogclub topic is "What I want to learn in the year ahead / What I learned in the past year."

Something else I recently learned is that it's much easier to write a Top 5 "listicle", than it is to write a proper blog post, but it's harder than it looks to write a good one. So, here goes... 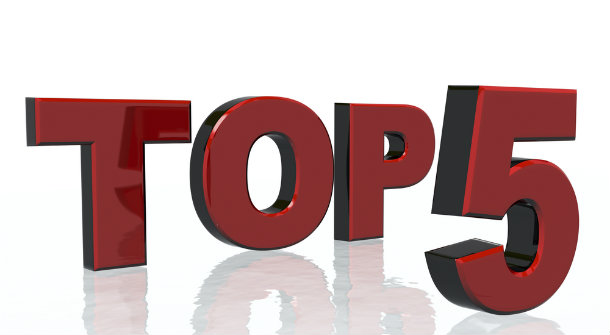 Top five things I learned in the past year (in no particular order).

5. The idea of change is a lot more painful than the change itself. I recently had wisdom teeth extracted, in the chair with a local anaesthetic. It was far from a pleasant experience, but the anticipation of it was far, far worse. And still people don't believe me when I said it "wasn't that bad". Seems like a good metaphor for lessons in change management. Sometimes you just gotta strap people down and pull out their wisdom teeth, and they'll thank you and pay you for it.

4. When you find yourself at a crossroads, and feel paralysed by choice, then they're probably both the right choice, and whilst you'll be propelled down a particular pathway, you'll still be fine. Just pick one and commit to it. Again, metaphors. There were a few big decisions made last year, as there were every year for as long as I can remember.

3. Being nice makes all the difference. I had the pleasure of working with people and clients who were not only exceedingly competent, but some of them were exceedingly nice about it. It's an important reminder to make the effort to create social connections alongside professional collaborations.

2. The wider I broaden my scope, the more conservative things can get. I have the privilege of inhabiting a number of extremely progressive and dynamic social and professional bubbles. I've also ventured far beyond these bubbles, and been everything from disappointed to offended by the conservative nature of many of the broader and mainstream sentiments - especially once I start interacting with communities on a national and global level. It's political correctness gone too far the other way.

1. Copyright reform. I learnt a lot about it. This isn't a metaphor or a vague allusion - but it's still important.

Top five things I want to learn in the year ahead. (Some of these may be reminiscent of the above list.)

5. Change management. Frankly, I love the JFDI, sink-or-swim, ask-for-forgiveness-not-permission approach, but it doesn't work for everybody else. I can go about changing things in my personal workplan or even in my team, but that's not necessarily going to lead to sustainable change for the wider organisation. I want to learn how to be more strategic in implementing sustainable institutional change.

4. Decision making. I'd like to learn how to be better at making decisions, rather than just trusting my instincts and committing to my resolve. I'm probably not going to, though, if I'm really honest with myself. Maybe the thing to learn is to be more zen about the decisions I make, and don't stress so much about what might or might not happen.

3. Making social connections. I struggle with this at the best of times, and I feel like I'm getting worse at it as I get older. I find it easier to empathise with clients at work, and get emotionally involved in them and their projects, than I do in connecting with people in my social circles. I think there's something in that (hopefully not that I should spend more time at work!).

2. Widen the bubbles that I inhabit. Using NewCardigan as an example - whilst I'm actively involved in writing blogs and interacting online with other professionals in this professional scene, I work in a GLAM organisation of around 400 people and only a handful of them would be aware of NewCardigan, and even fewer would actually engage with it. Going wider, there are a huge number of GLAM professionals working in the ACT... and if I felt that I could get one percent of them to attend a NewCardigan event, then I'd be the first one to put my hand up to organise such an event (hint hint).

1. Copyright reform. Yeah, I still have more to learn, as well as get better at making risk analyses where the area is grey, due to archaic legislation...
Posted by lib_idol at 08:58 No comments: