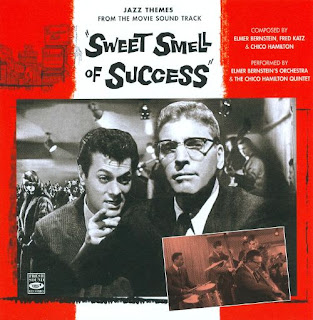 No, it's not the latest one-word theme for #glamblogclub (yet!), but it's a word that comes up from time to time within one's professional career.

When we're students, we see success in terms of our grades, and graduating. As new graduates, that next goal is the much-coveted first professional position - which can already feel next-to-impossible for many, let alone getting a permanent job, in a sector / organisation of choice, and finally having a demonstrated track record of competent professional work.

All of these are important steps of achievement in establishing one's career as a professional. It takes years of hard work to get to that point, and yet, once achieved, the questions remain: "Am I now successful? If not, how will I know when I am? How do I define success as a professional?"

Such is the status anxiety of the mid-career professional. Having jumped through all the hoops, and followed all the advice laid-out for New Grads, you reach that plateau where you join the masses of other professionals who are at the same level, and have been doing pretty much the same professional level of work for as long as they can remember. And I've had plenty of colleagues who have reached this point, and are perfectly happy to stay there until retirement. Whilst they might be doing their job well, and even creating innovation and progress in their organisation - is that really success, or is that just doing your job?

So, I was reading my recent-arrived copy of Incite magazine, and on page 14, there was an article (the first of three!) entitled Defining Success. And I thought, "Okay, this will be interesting."

It followed two examples - one historical, and one current. The historical example followed South Australian librarian Arthur Mortimer, who spent a number of years lobbying for funding public libraries until a newly-elected premier Don Dunstan relented and provided the much-needed funds. Mortimer continued to advocate for libraries for 30 more years, and was recognised by ALIA in 1996 for his lifelong devotion to libraries. The current example looks at Melanie Mutch and Megan Tolney, Sydney public libraries, who established a not-for-profit organisation, Librarians' Choice (presumably in their own time outside work), which generates monthly reader advisory lists of new release titles, as voted for by librarians, building strong partnerships between librarians and the publishing industry.

The article identifies strategies for achieving success, but in spite of the article's title, I struggled to identify exactly how they define success. Is it something that you can only identify in hindsight - once you've reached the end of a lifelong career - in terms of the impact that you've made in the information profession? Does immediate / short term impact count? And how exactly does one measure this impact, particularly in terms of reach and long-term sustainable change? And whilst both of these examples are admirable, there is a growing expectation that professionals should devote their time and energy outside of work to the betterment of their professional community and society. This in itself feels like quite a privileged attitude, especially since most mid-career professionals have enough on their plate raising a family or managing other personal commitments.

In my mind, the question still remains: How does one define success as a mid-career professional? Is it when you feel like you're making a tangible, sustainable difference in your communities? Is it when you're finally "following your passion" and getting paid for it? Is it when you're actually making the average individual Australian wage? Is it when you've pushed through to a management position? Is it something else entirely?

Or is success itself overrated? Are we being too hard on ourselves, setting an unreasonable expectation to achieve some elusive abstract ideal goal that we can't quite define, but figure that we'll know what it is once we've achieved it?