Today's adventures started with a 90-minute tour of the Bodleian Library - which in itself started with a 30-minute summary of English history from King Alfred burning the cakes through to bishops being burnt at the stake on Broad Street, through to the filming of Harry Potter in the Divinity School. Then we had the actual tour, including Duke Humfrey's reading room, the Radcliffe Camera, and the underground stacks. We were't allowed to take any photos in the library, but here's a photo I took outside afterwards... 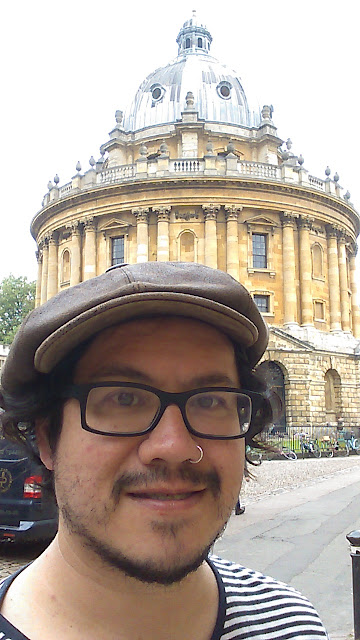 Then I ventured down the road to the Botanical Gardens. Those of you who have read the His Dark Materials trilogy by Philip Pullman will know why... It took a while, but I found Lyra and Will's bench!
The gardens themselves were also wonderful to stroll around. The lily pond is especially beautiful, and  there was a certain serenity about the place, even with the occasional lads attempting to punt down the river.

My next port of call was the Weston Library, where there were two exhibitions and a lecture - all free. One exhibiton was part of the celebration of 400 years since Shakespeare's death, aptly named "Shakespeare's Dead". It had an array of manuscripts and artifacts either depicting death in shakespeare's work or exploring themes of death in his world. The lecture also coincided with this exhibition, looking at the topic of Shakepeare's female characters and death. Presented by Professor Simon Palfrey, the lecture certainly awoke the English Literature major in me that's been largely dormant for the past few years - perhaps a timely reminder to myself that the world of literature and books is really where I'm most at home and at my most passionate. It was also kinda weird being in Oxford, listening to a lecture on Shakespeare by a guy with an Aussie accent!

Finally, i ventured to the Bodleian Treasures exhibition, which was a special treat, with something for everybody. My two favourites, though, were a suffragette pamphlet that had been printed onto Japanese rice paper (how they kept it in such good condition for so long is beyond me!) 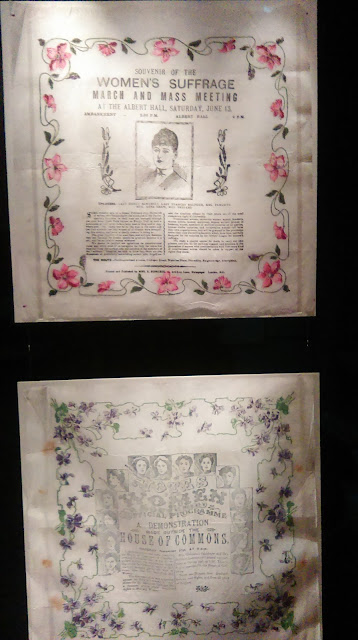 And a hand drawn map of Narnia by C.S. Lewis. 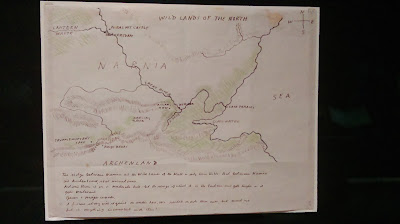 So, that's about it for Oxford this time... Like London, there really is an otherworldly feel about the place, which can be overstimulating and overwhelming, but I'd definitely consider living here if the opportunity ever presented itself. Also, more places should have people wearing coloured geraniums to indicate their place in the social hierarchy...
Posted by lib_idol at 08:30